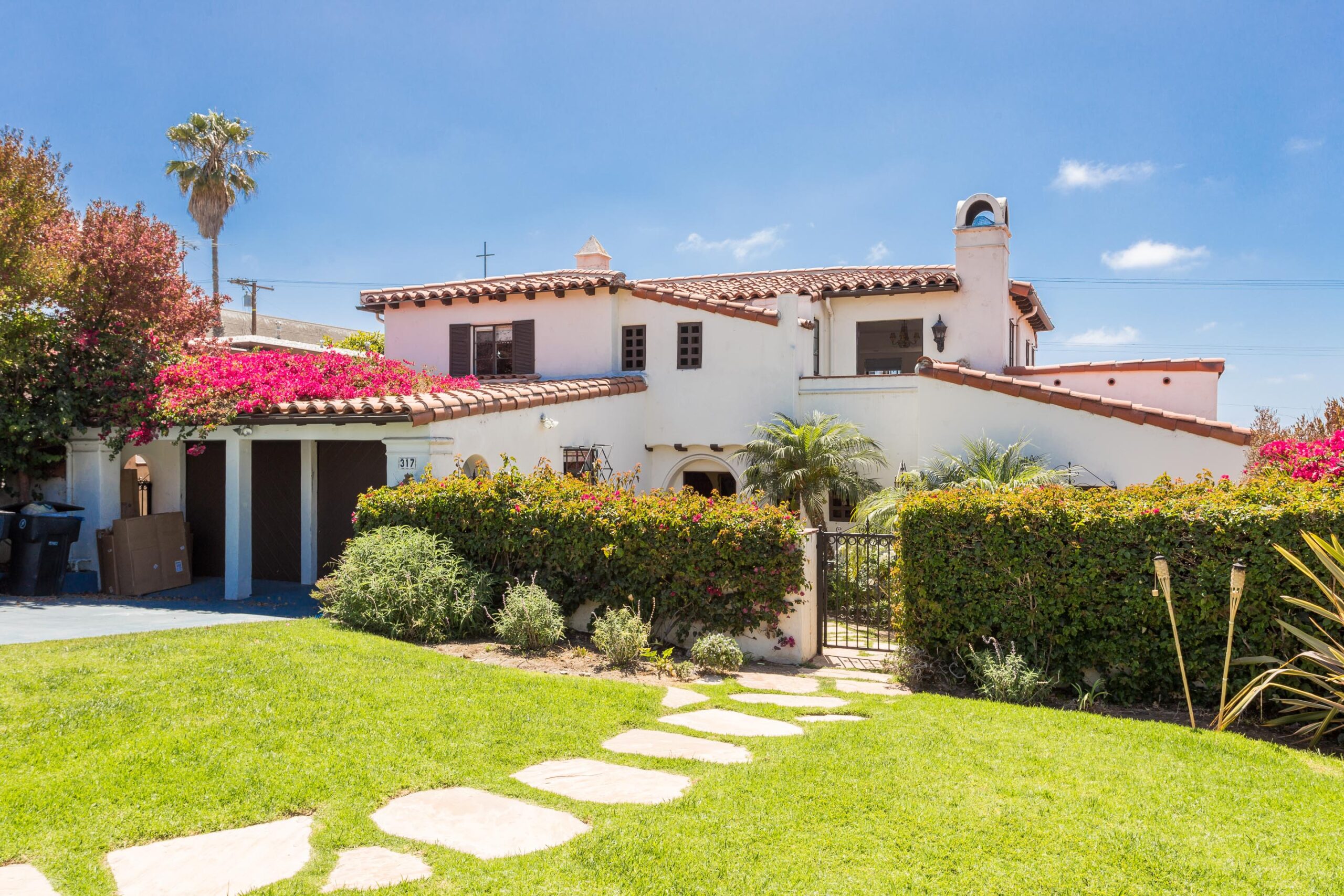 The Hollywood Riviera exists thanks to the vision and tenacity of developer Clifford Reid, who in 1928 built the community’s first home — one specially designed for his family

The majestic Italian Mediterranean mansion sits on three lots on lower Via Monte D’Oro, and to this day remains a beacon of elegance in our community. The original homes of the Riviera were required to have red tile roofs and a Mediterranean inspired design. Two years after building his own dream home, Clifford had constructed 16 additional homes nearby, including an early Spanish revival beauty at 317 Camino de las Colinas lovingly known for many years as the DeCamp house.

Rosemary DeCamp was a popular stage, radio, film, and television actress who appeared in scores of productions, including the films Yankee Doodle Dandy and The Jungle Book and such television series as The Life of Reilly, The Rockford Files, St. Elsewhere and Murder She Wrote, among many others. She even has a star on the Hollywood Walk of Fame. DeCamp and her husband, Torrance Superior Court Judge John Shidler, bought the home at 317 Camino de Las Colinas in 1945.

“We drove into an area called Hollywood Riviera – an almost-deserted real estate development from the 1920s,” said DeCamp, in her book, “Tigers in My Lap.”

“On Camino de las Colinas (street of the little hills) there were only three widely separated houses…..We drove to the third house. It was white and beautiful – set down from the street and surrounded by big black pine trees and flowering succulents…..The house was remarkable. It had two-foot-thick walls, big windows with views of the sea and the pines, several fireplaces, and nothing between it and the beach but saltbush and sand. We gave the five bedrooms and baths a quick glance and bought it in 15 minutes for $22,500.”

Despite a long commute to her work (60 miles round trip to Warner Brothers studio in the Valley at a time where there were no freeways), Rosemary spent many blissful decades living in the home.

Rosemary and John raised four daughters in the house on Camino de las Colinas, and she was an involved member of the community, highly recognizable as she drove the streets in her white Rolls Royce, “Snowball.” John passed away in 1997, and Rosemary lived in the house until her death four years later.

Today, the historic house at 317 Camino de las Colinas retains the same charm and elegance it exuded when it was built in 1930. One of eight original homes on Camino de las Colinas, the two-story house has 5 bedrooms and 5.5 baths in approximately 4,075 square feet and on a 7,801 square foot lot. A beautiful front courtyard with a fountain provides a calming and private entry. Inside, the home features wood beam ceilings, arched entryways, ornate fireplaces, Spanish tiled accents, and many other reminders of its historical pedigree.

Sweeping ocean views can be enjoyed from the upstairs sun room and deck, as well as the master bedroom. There is also a gorgeous swimming pool and spa, both recently built. The beach, the Riviera Village and El Retiro Park are just a short stroll away. The home is priced at $2,895,000 and can be seen by appointment.

Much has changed since Clifford Reid laid the groundwork for the wonderful Hollywood Riviera. From a couple of dozen homes, the Riviera has grown to more than 3,000, and even the smallest starter homes typically sell well over $1,000,000. But thankfully, the special community we call home still retains the charm, perfect climate, and seaside lifestyle that drew Clifford Reid and Rosemary DeCamp here all those years ago. And for that, we are grateful.

For a virtual tour, visit www.317caminodelascolinas.com

It is my absolute joy to write this letter on behalf of our real estate agent, Igor Nastaskin. From the day we met him, Igor made us feel as if we were his only clients - goin...
Leah Lewis
This is just a thank you note letting you know that I appreciated the way you went about selling dads house for us. You were very comprehensive with your comps and market an...
Bill Griggs
Igor, I'm looking forward to seeing you this final trip, looking you in the eye and shaking your hand while thanking you for your superior guidance and professionalism thro...
Bill Babcock