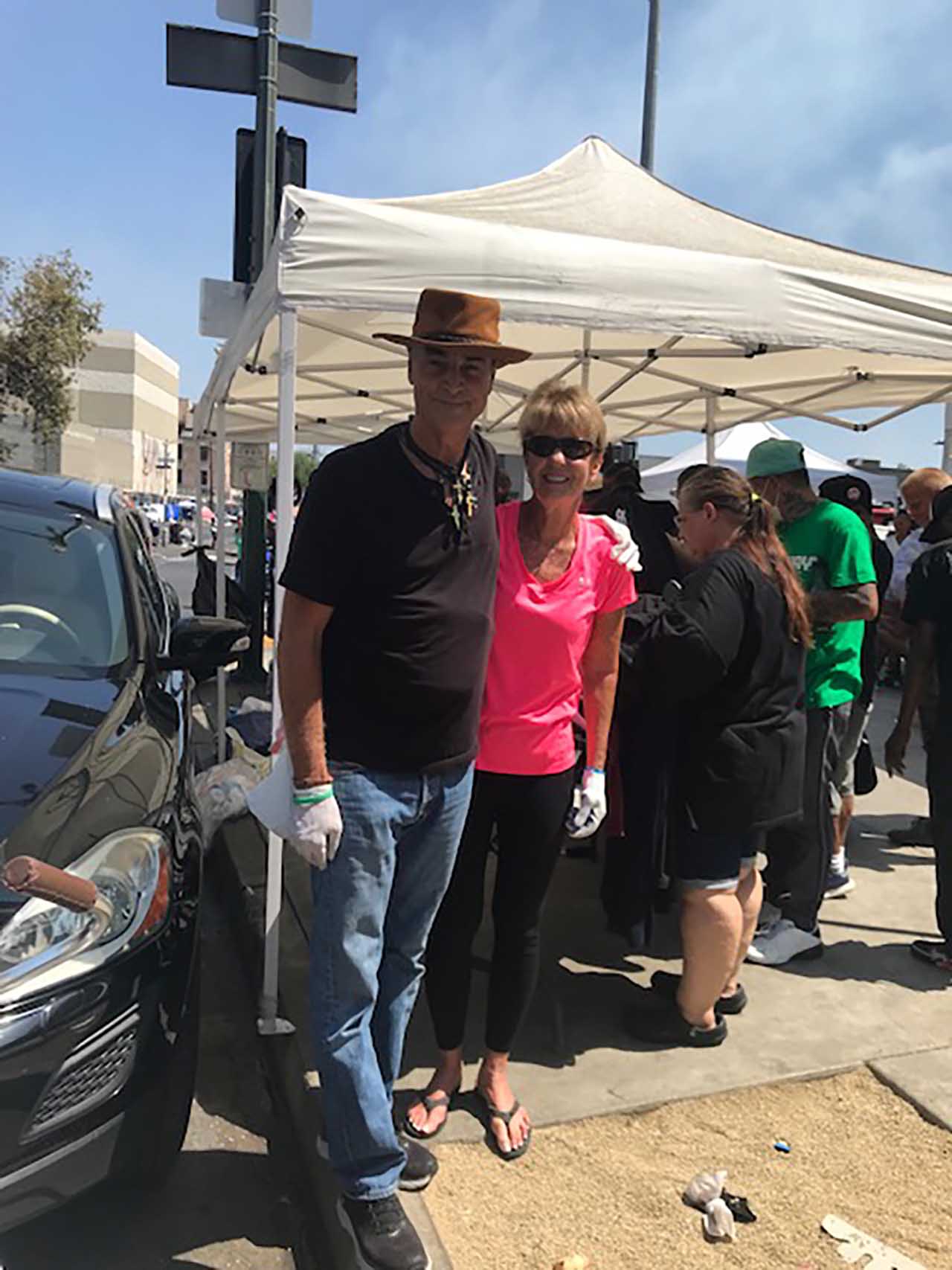 A pair of shoes. A shirt. A warm blanket.

Most of us take these everyday items for granted. But to the thousands of homeless living on Skid Row, a simple pair of shoes can mean the difference between dignity and despair. Marianne and Steve Rushton know this all too well.

Every Sunday, the Hollywood Riviera couple packs up their car with approximately 450-500 pounds of clothing, blankets and toiletries and treks up the Harbor Freeway to downtown LA’s Skid Row.  Once there, they hand out the donations in the heart of Skid Row to those in need. They also deliver clothes to the Los Angeles Mission (mostly women’s work clothes and children’s items) twice a month. The couple has delivered more than 12 tons of donated items to Skid Row and the Mission over the past year.

“We’re grateful to be able to help make a difference in the lives of people in need,” says Steve.

“When I hand a barefoot man a pair of shoes and we chat, it seems like such a small act but it means so much to them. But we can’t make deliveries without donations, so we really appreciate all the people in our community who give what they no longer can use, those who put together toiletry bags, and those who spread the word to family and friends who then donate. We are all a part of a team with a greater purpose.”

According to the Los Angeles Mission, nearly 64,000 people in Los Angeles county are homeless and 3 out of 4 of those are unsheltered. Steve and Marianne typically have as many as 200 Skid Row residents show up on Sundays to gather shoes, clothes and other necessities.

The Rushtons were inspired to volunteer on Skid Row by their daughter, Michelle, who was working with a charity there to donate food. Both retired (Marianne was an educator and Steve was in sales), they also volunteer with Meals on Wheels. Originally from Canada, Steve and Marianne also have a son, a former Marine who served in Afghanistan. They moved to the Hollywood Riviera in 2003 for the schools.

Steve and Marianne spend several days each week gathering donated items. On Tuesdays, they go to a local thrift store that donates bags of clothing that didn’t sell. On Saturdays, they visit garage sales in the area to ask if the seller is willing to donate clothes that don’t get sold. On both days, they drive to residents’ homes to pick up donations they’ve been alerted to. They also allow people to drop off donations at their home. In addition, the couple has purchased sleeping bags, tents, hats and other items to hand out.

Marianne noted that most Skid Row residents are men, and warm items are specially needed. Every night, thousands of homeless people curl up to sleep on sidewalks, under bridges, in parks, cars and back alleys. Hypothermia has led to more deaths here than in colder regions because so many homeless people in Los Angeles live outdoors, more than anywhere else in the country. Although Los Angeles has a moderate climate, hypothermia can set in at temperatures as high as 50 degrees, experts say.

To schedule a pick-up or to drop off your donation for delivery to Skid Row and the Los Angeles Mission, text Steve and Marianne at 424-731-1449.

Thank you Steve and Marianne for giving your time, money and love in service to others. And thank you to everyone who donates to those in need. 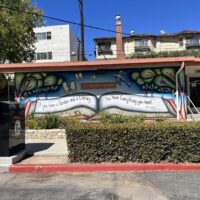 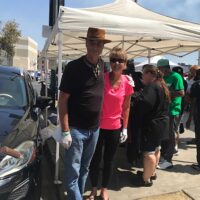 Hi Igor, As you well know selling a house can be a daunting experience. Ruth and I feel so incredibly fortunate to have had you there to guide and protect us through this s...
Ruth and Don Brandt
We used Igor Nastaskin to sell our home and were very pleased with how he handled every aspect of the process. Originally, we had our house on the market as a FSBO and when...
Larry Shapiro
You have been our real estate agent for a better part of 10 years and have represented us on a purchase, several rental leases and a sale. Your knowledge and experience hel...
Salvatore and Laura Ingrao