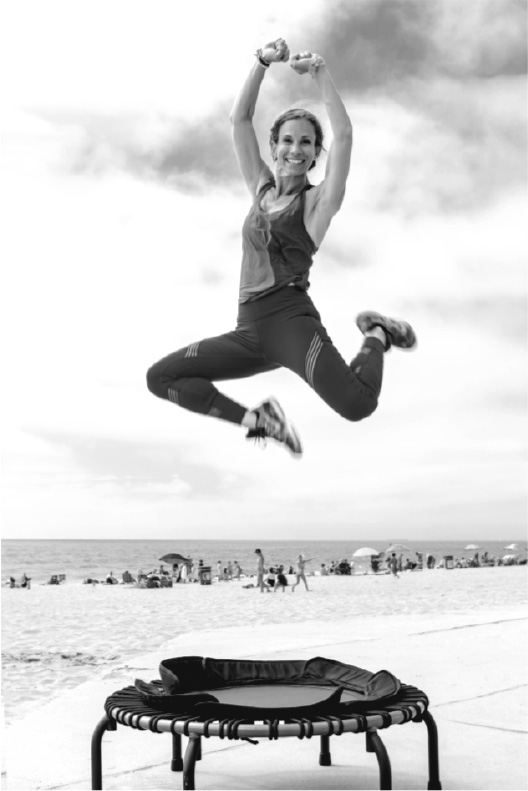 When Diane Numark signed up for barre classes 6 1/2 years ago, her goal was simply to work out a couple of times a week to get into shape post-pregnancy. But two workouts a week soon turned to five. And much to Diane’s surprise, the benefits of barre went far beyond firmer muscles to include clearer thinking and an overall feeling of well -being. That’s when Diane knew she was hooked.

“This exercise is transformative in so many ways, it’s become a big part of my life,” said Diane, the new owner of Barreworks Studio in the Riviera Village. “I went from being a barre customer to teaching for more than 3 years, to now having my own studio. It’s a dream come true.”

Barre workouts focus on contracting targeted sets of muscles while holding the rest of the body still, with an emphasis on alignment, form, and core strengthening. Many Barre enthusiasts find the exercise helps them achieve the lean muscle tone of a ballerina, while improving posture, reducing stress, and losing weight.

“The great thing about barre workouts is that anyone can do it, no matter what shape they’re in,” says Diane, who was born in the Hollywood Riviera and lives here with her husband, Cliff, and two children. “It’s not competitive or intimidating. It’s just a fun, highly effective way to get a head-to-toe workout.”

Diane taught jazz, tap, and ballet as a teen, and was even a circus choreographer at one time (her dance background was in full display when she won Dancing With the Stars South Bay last year). After graduating from Pepperdine University with a broadcast journalism degree, she landed a job with ABC’s Extreme Makeover: Home Edition, where she won an Emmy for her work as a producer. She left the high-paced world of entertainment nearly 8 years ago to focus on her children, Lincoln, now 9, and Pearl, 7.

“I was driving sometimes more than two hours a day to get to and from my producing job in Los Angeles, but now I’m a five-minute walk from my Barreworks Studio,” says Diane. “I love where I live and where I work. It doesn’t get any better than this.”

Barreworks Studio classes include Barre Sculpt, Barre Bootcamp, Trampoline Sculpt, Yo-Barre (a yoga-barre combo), and even Barre & Baby, a mommy and me class. Barreworks Studio is located at 129 Palos Verdes Boulevard #103 in the Riviera Village, next to Rock N’ Brews.

New Clients can mention this newsletter for one FREE CLASS in September or October 2019 (new clients only, weekday class, advance reservations recommended to ensure space in class). And be sure to enter this month’s newsletter raffle for at $25 gift certificate good towards Barreworks Studio.

Dear Igor, Now that a little time has passed since the sale of our house, I wanted to drop a line to say thank you for your hard work and professionalism. It has been exactl...
Ali Ashrafzadeh, MD
This October I sold my home in the Hollywood Rivera after living there with my husband and children for almost 50 years. Needless to say it was difficult to leave such a beaut...
Genny Burchfield
Igor was absolutely the best choice to sell our home in the wonderful Hollywood Riviera! We originally met Igor because he was representing the builders/sellers of our first...
Jeff, Jasmin & Valentina Rinna