A Touch of History 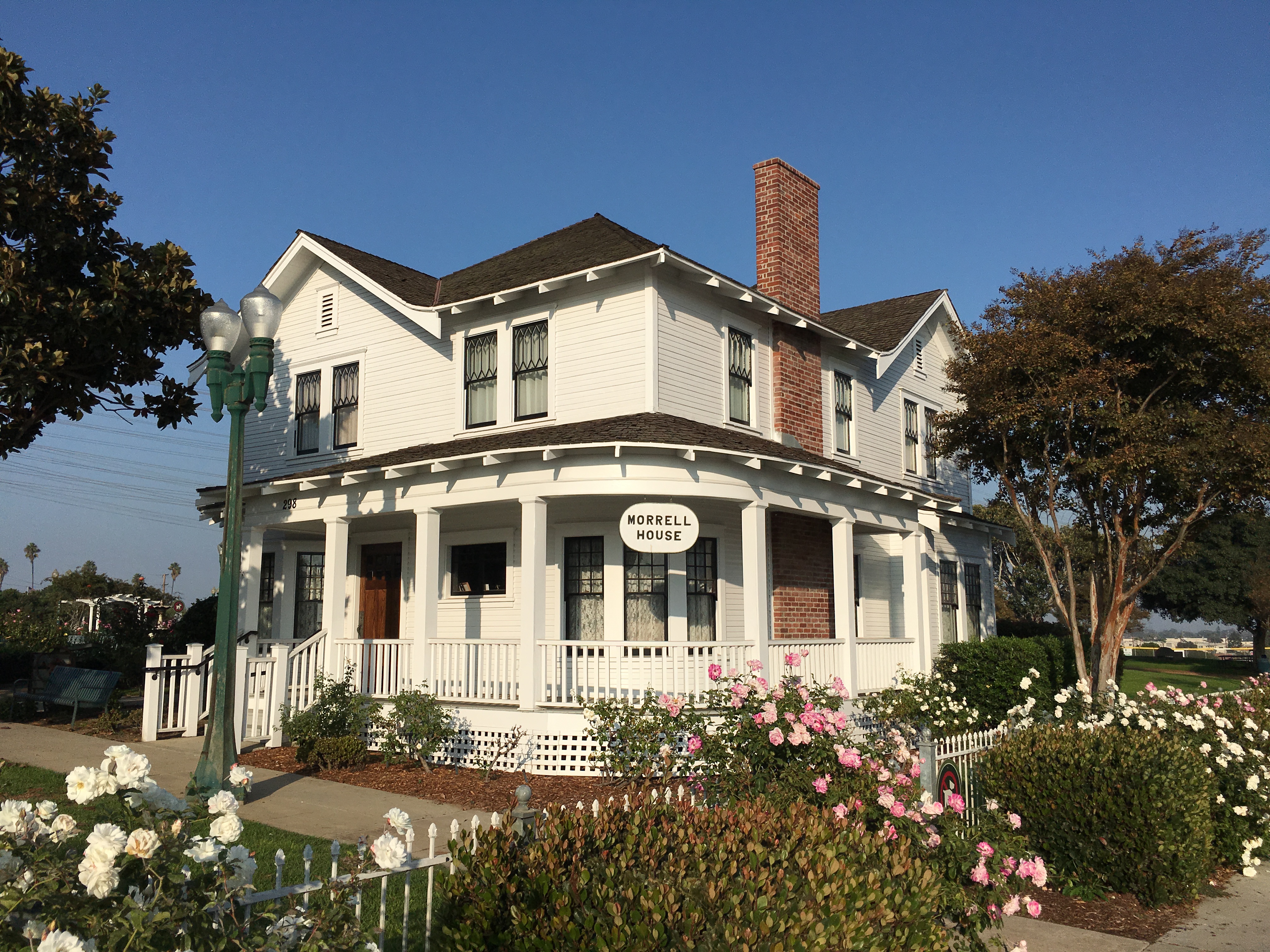 Interested in finding out more about the rich and colorful past of Redondo Beach? Look no further. The Redondo Historical Museum located in the 1904 Queen Anne House is the place to go, complete with an extensive collection of local artifacts, memorabilia, photographs, school annuals and historic documents. Here, some details on the museum and exactly what you might find during your visit.

Upon entering the museum … visitors will see a case behind the door that displays arrowheads, bowls and other artifacts found in the Redondo Beach area, dating back hundreds of years to when the Chowigna Indians (a tribe of the Gabrielenos) inhabited the area. Also in this room is a history of the Dominguez family, with a tall display case on the opposite wall holding photos of the family. Rancho Sausal Redondo was part of a 75,000-acre Spanish land grant in 1784 to Juan Jose Dominguez. The ranch was handed down to Manuel Dominguez, who later served as a signer of the California Constitution in 1849.

Manuel’s daughters and relatives live on in the street names of South Redondo, in alphabetical order, from Catalina to Susana, with Broadway originally named Dominguez Street. Redondo remained largely undeveloped until the late 1880s, and in 1887, the Redondo Co. bought land from Dominguez’s heirs, spanning from the ocean to Prospect and Herondo to Knob Hill. Wharf 1, the Santa Fe Railroad, and booming lumber and tourism industries soon followed.

In the front room … an easel boasts a large photo of the grand, 225-room Hotel Redondo. Built by Henry Huntington in 1890, the hotel transformed Redondo into a major resort town. When San Pedro became the new port of L.A. in 1913 and steamships stopped calling on the port of Redondo, and Prohibition dealt the final blow, the hotel was torn down in 1925. In 1930, a library was built on the former site and still stands today in what is now Veterans Park.

The front room also offers a panoramic view of the old Salt Lake and lumber yard, located where the AES power plant stands today. The Salt Lake provided the first industry in the area, when Johnson & Allanson bought it from the Dominguez family in 1854 and formed Pacific Salt Works. Cabinets to the left and right hold remnants from early Redondo businesses, such as The Plunge, Pavilion, Fox Theater and El Ja Arms Hotel, along with moonstones from the former Moonstone Beach, near the border with Hermosa Beach.

The first thing you’ll notice upon entering the museum’s second room … is a trio of beautiful stained-glass panels from the St. James Roman Catholic chapel renovation in 1949. St. James was built in 1892, the same year that Redondo Beach became an incorporated city. Christ Episcopal Church was founded the next year, followed by the Congregational Church of Christ in 1895 and Methodist Episcopal Church in 1899. Display cases on the left and right contain artifacts that pay tribute to George Freeth (1883-1919). Henry Huntington persuaded Freeth to move from Hawaii to Redondo in 1907, to give two daily exhibitions of “standing on the water” for hotel guests. That’s how surfing came to California, and it spread from there.

In his short 36 years of life, Freeth trained Olympic-caliber swimmers and divers, won many water polo competitions and became the first official lifeguard in Southern California. He’s credited with inventing the first “longboard” used in surfing, and the “torpedo rescue can” used by lifeguards. He also won Carnegie and Congressional medals for his life-saving feats. Moving on, flip charts in the corner depict people and places in Redondo’s past—including the Pavilion built in 1907, The Plunge in 1909, Lightning Racer roller coaster built on the beach in 1913, and storms and a fire that ravaged the pier in 1988. In the opposite corner is the light that warned Tony Cornero’s SS Rex gambling ship in the 1930s when the cops were near and it needed to head back out to sea, with the wall to the left displaying a huge aerial view, circa 1967, of the pier looking east over Redondo, before the first phase of the Redondo Village apartments was built.

Moving on to room three … visitors will find memorabilia from Redondo schools past and present. A long case on the left and on the wall above recall the short-lived Aviation High (1959-1982), and more memorabilia from Redondo Union High (open since 1905) is in the case on the opposite wall. A small wooden case contains middle- and grade-school items, while a larger wooden case houses yearbooks and other publications from all of Redondo’s schools.

On the walls are an old schoolhouse clock, class of 1954 collage, Rose Parade first prize award and a painting by an RUHS student of the last Pacific Electric RR bridge at Prospect Avenue over Del Amo, demolished in 1970. A long, low case in the far corner pays tribute to our student athletes. On the wall are pictures of former RUHS athletes, including two who later became known for their comedy routines, the Smothers Brothers. Finally, a tall narrow case in the far left corner displays old police cameras and other equipment.

The last room in the house … features a diverse collection of artifacts, paintings and maps. A large wall map on the left shows the city’s layout in 1953, with a case on the right holding memorabilia from local churches, service clubs and businesses, as well as a manual Remington typewriter. Past the contents of a civil defense first-aid kit is RBFD rolling stock built in 1885 by Chief E.J. Morrell. A painting on the wall above depicts the railroad tracks that ran to the end of Wharf 1. On the floor are signs from former businesses, along with a carved wooden Indian. To the right are doors salvaged from the Protsch Building that housed Woolworth and other Pacific Avenue businesses, and a rib from the fishing barge Lahaina Rose. On the walls are photos and drawings of Hollywood starlets of the early 1900s, posing as bathing beauties to promote travel and tourism in Redondo Beach.

Once you’ve completed your tour of the museum … be sure to stop by the gift shop to pick up a Postcard History Series book for just $20. Proceeds from all sales go to support the ongoing mission of the museum to preserve the heritage of Redondo Beach.

The Redondo Beach Historical Museum … is at 302 Flagler Lane at Dominguez Park in Heritage Court, adjacent to a living museum called the Morrell House. Hours are Wednesday from 10 a.m.-1 p.m., and weekends from noon-4 p.m., with privately scheduled group tours available by request. For more information, visit redondo.org.

Igor, Laura and I just wanted to say thank you again in finding our new home, as well as selling our existing property. To say that you were wonderful and that you are an ass...
Alex and Laura
You have been our real estate agent for a better part of 10 years and have represented us on a purchase, several rental leases and a sale. Your knowledge and experience hel...
Salvatore and Laura Ingrao
Dear Igor, We would like to thank you for all you've done in helping us find and finally purchase our new home. We especially want to thank you for your patience in times t...
Mohsen & Mona Beheshti