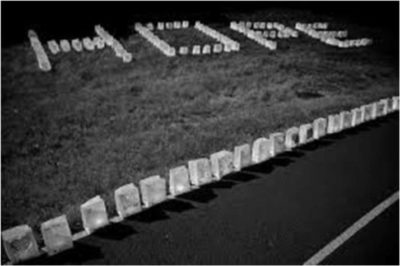 It’s that time of year again – time to lace up your athletic shoes and get ready to join in the fight against cancer. In 2017 there will be an estimated 1,688,780 new cancer cases diagnosed and 600,920 cancer deaths in the US according to the American Cancer Society.

Which is why it’s more important than ever for communities to come together for The American Cancer Society’s Relay For Life. Help the Hollywood Riviera and its surrounding neighborhoods save lives by joining forces the weekend of April 22-23 for the annual Torrance Relay for Life at South High School. This year’s theme is Carnival For A Cure.

Relay for Life is the world’s largest grassroots fundraising event, with participants and volunteers in more than 5,200 communities and 20 countries. The event raises funds for the American Cancer Society with the help of teams of volunteers who commit to having at least one team member walking on a track at all times over a 24 hour period because cancer never sleeps.

Relay For Life honors cancer survivors, pays tribute to those who have lost their lives to the disease, and raises money to fight cancer. With the support of thousands of volunteers, Relay for Live fundraisers assist the American Cancer Society in saving more than 500 lives a day This year’s Torrance Relay for Life goal is to raise $220,000 for the American Cancer Society. The Hollywood Riviera Sportsman’s Club continues its tradition of fielding a team, with Igor Nastaskin serving as team captain for the 12th consecutive year. Please consider joining the Riviera Sportsman’s Club’s Relay team if you’d like to get involved (women and men are welcome). The team raised more than $12,000 for the American Cancer Society last year, and hopes to exceed that amount this year.

Relay for Life began in 1985 with the vision of Dr. Gordy Klatt, a colorectal surgeon in Tacoma, Washington. In an effort to raise funds for his local American Cancer Society, Dr Klatt spent a grueling 24 hours circling the track at the University of Puget Sound, logging in more than 83 miles. Nearly 300 of Dr. Klatt’s friends, family and patients cheered him on as he walked, while others donated $25 to walk 30 minutes with him. Ultimately, he raised $27,000 to fight cancer.

The following year, Dr Klatt organized 19 teams to take part in the first team relay event, and a total of $33,000 was raised for the American Cancer Society. Today, Dr. Klatt’s vision is a fundraising phenomenon.

Highlights of the Relay for Life are the opening ceremony Saturday, April 22 at 9 am followed by a survivors’ lap at 9:30 am. At 8 pm Saturday, a Luminaria Ceremony will honor survivors as well as those who lost their battle with cancer. The luminarias burn through the night to light the path for those walking to fight back against cancer. You can purchase and decorate your luminaria at the event on Saturday.

Entertainment is provided throughout the event, which concludes Sunday at 9:00 am with a closing ceremony.

To sign up for the Hollywood Riviera Sportsman’s Club team, or to donate funds to the American Cancer Society for the fundraiser, please contact Igor at 310-892-6016 or  inastaskin2@socal.rr.com.

Donations are accepted until August 31, 2017.  Your gift is tax deductible as a charitable contribution to the fullest extent allowed by law.

For more information about the American Cancer Society’s support for survivors and patients, please call them 24/7 at 800-227-2345 or visit cancer.org.  We hope to see you at South High the weekend of April 22-23 as we pull together as a community to fight back against cancer.

Igor, Laura and I just wanted to say thank you again in finding our new home, as well as selling our existing property. To say that you were wonderful and that you are an ass...
Alex and Laura
You have been our real estate agent for a better part of 10 years and have represented us on a purchase, several rental leases and a sale. Your knowledge and experience hel...
Salvatore and Laura Ingrao
We have lived in three different cities over a lifetime, and each time we were lucky to find very professional agents to sell our home. But only Igor made us feel as though w...
Paul Ilie