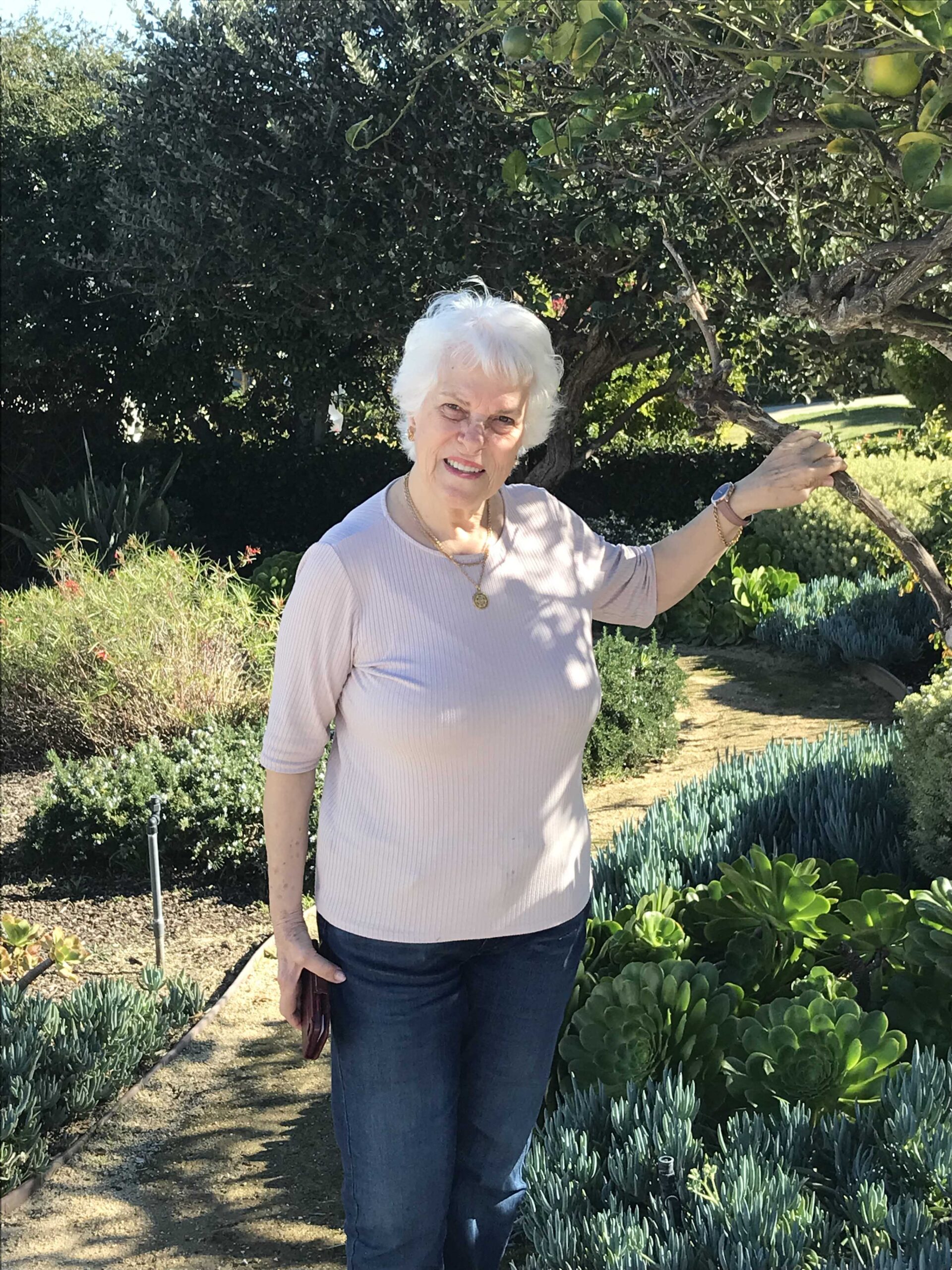 As she looks out from her Hollywood Riviera home onto the blue Pacific below, Stella Leontsini never takes for granted the calm and peaceful existence she enjoys today. It’s a far cry from her childhood in Greece, where she and her family were constantly on the move to avoid the German soldiers hunting down Jews during WW2.

Stella was born in Greece in 1939, just two years before Germany invaded the country. At the time, approximately 75,000 Jews lived in Greece, with around 50,000 in Salonica. In 1943, almost all of Salonica’s Jewish population, along with neighboring communities, were deported to Auschwitz. By the end of the war in 1945, only about 10,000 Greek Jews survived the Holocaust, and Stella was one of them.

Stella’s family was living in Athens when the war began. “My parents, with the help of a close friend named Nicholas Katsas, quickly changed their names from Isaac and Alice Leontsini to Michael and Alice Katsas to hide their true identities,” said Stella, whose Greek roots trace back to 1640. “We fled our home and moved into a one-room guardhouse at the entrance of our friend’s farm.”

Stella’s father buried the family’s valuables in the yard of his factory (they were retrieved after the war ended). Every time someone who knew Isaac spotted him, the family loaded up their pushcart and moved by foot to a new dwelling. The last home they stayed in before the war ended was next to a German camp, and the Leontsinis had to pass by the guards every time they came and went. The home was so nice, no one imagined a Jewish family would live there.

Stella lost 34 members of her family to the Holocaust, all of who lived on the island of Corfu. She left Greece after high school to study fashion design in Geneva, then returned to her home country where she met an American doctor whom she married in 1962. A year later they welcomed their daughter, Suzanne.

Stella, her husband, and daughter moved to the U.S. in 1964 and settled in Torrance a year later. They purchased a roomy Hollywood Riviera home with huge views in 1972 where they raised their three children, Suzanne, David, and Alexia Brody.

Stella was a nurse at hospitals in Redondo Beach and Long Beach for 15 years, then spent many years as a travel agent organizing private tours to Italy, Greece, and throughout Europe. She also gave talks at local libraries on the Los Angeles Opera.

Today, Stella enjoys gardening, gathering with friends and spending time with family, and plans to never leave the Riviera.

“I love my life, but it’s important to never forget what happened during the Holocaust, not just to Jews, but to the millions of others murdered then as well. We can never let that awful time in history repeat itself.”

Previous ArticleLocal Riviera Resident Amean Hameed Helps Others Fly Through the Air with the Greatest of EaseNext ArticleMy Life in Kyiv, Ukraine

Igor, Wow…I cannot believe I’ve been in my place, one year in January!!! I have known Igor for as long as I’ve been up in the Hollywood Riviera, so it was a ‘no-...
Eileen Kaiser
It is with great pleasure that we give our recommendation for Mr.  Igor Nastaskin as the agent for all of your real estate needs. Igor represented us in the successful sellin...
Jenny & Joseph Fang
Igor recently sold my mother-in-law’s home in San Pedro. He is the consummate professional, a wealth of knowledge, very patient and highly capable in any real estate tran...
Michelle Carlini