Most Popular Things to Do In Redondo Beach This Summer 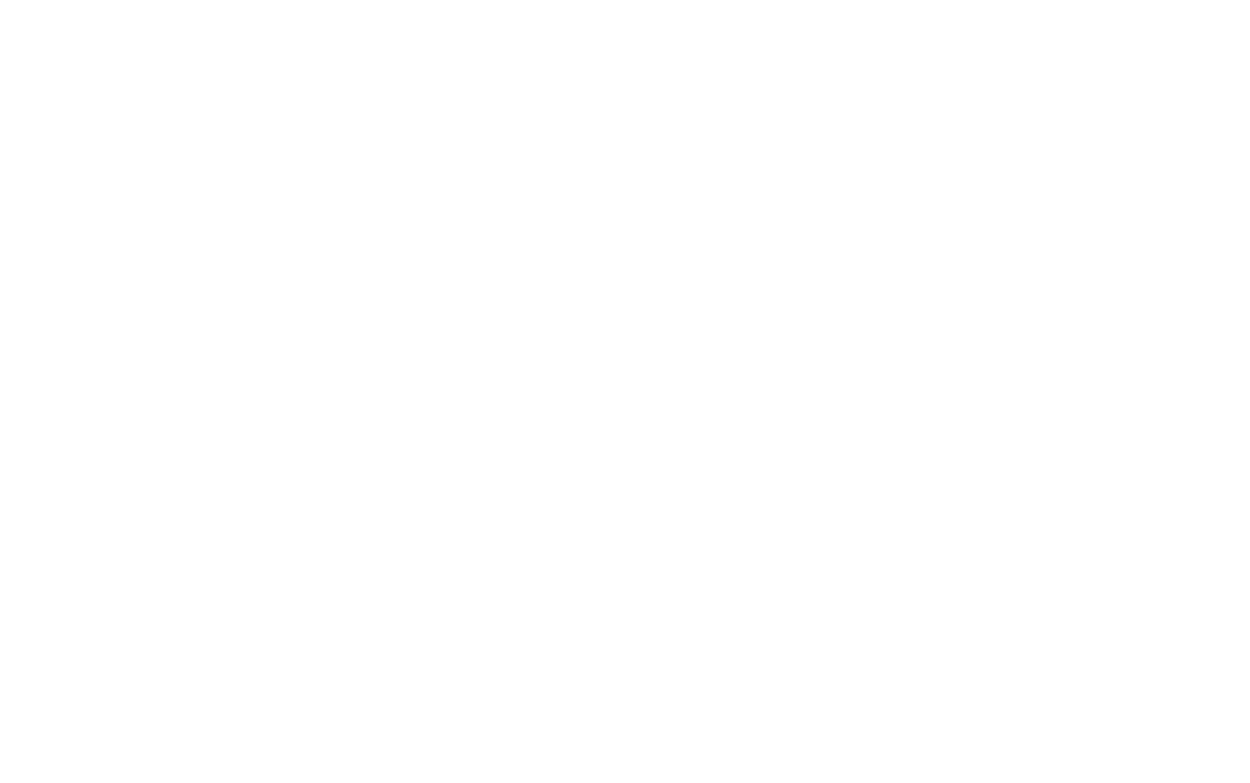 Whether you’re a local or visiting there is always fun things do in Redondo Beach and Hollywood Riviera. From attending Fourth of July festivities to strolling the Redondo Beach Pier and checking out the beaches, here are just some of the most popular things to enjoy in this charming resort destination during the summertime.

Are you looking for something fun to do this weekend? Look no further than an epic Beachlife Festival in Redondo Beach, May 3-5, 2019. What better place to have an amazing music festival than on the sand, with the sounds of waves crashing nearby? If you’re looking for something unique, there will be BYOBoats in the mornings. There will also be performances by Willie Nelson, Bob Weir, Brian Wilson, Jason Mraz, Ziggy Marley, Slightly Stoopid, Steel Pulse, Anuhea, Roots of Creation, and more!

The city of Redondo Beach has a special Independence Day Celebration and Fireworks Show planned for July 1 at Seaside Lagoon. Seating is first-come, first-serve for the family-friendly event, which will open at 2 p.m. with supervised swimming, arts and crafts, inflatable slides, a party, patriotic music and special museum from Ruby’s Diner, capped off with a Firework Spectacular at 9 p.m. Tickets are $25. Be sure to come back and visit this large, saltwater lagoon in King Harbor daily during the summer, from May-September, for swimming at a sandy beach, a children’s play area and more.

On July 4, grab your beach chair or blanket and head to the Redondo Beach Pier for the kickoff of the free Summer of Music concert series. The action begins at 6 p.m. with a performance by local indie rock band Big Mess, followed by a fireworks display at 9 p.m. Concerts continue through Aug. 31, with the next show by Australian rocker Hamish Anderson set for July 6. While at this U-shaped landmark, be sure to visit its roundup of restaurants and bars overlooking the ocean, as well as numerous boutiques and shops, or return to enjoy seasonal whale watching, harbor cruises, kayaking, pedal boating and stand-up paddle boarding. The pier also hosts one of Southern California’s longest-running kite festivals, a chalk art festival, classic car show, holiday concert and monthly yoga meet-ups.

Interested in seeing some sea life? Redondo Beach Whale Watch and Nature Cruise tours depart from the Redondo Beach Pier year-round. Tours take place on a 65-foot, 45-passenger excursion vessel called Indian, which features inside and outside seating, and a full-service galley serving coffee, tea, beer, wine, soft drinks and snacks. Whale-watching trips take about two-and-a-half hours, and visitors have the chance of seeing a variety of whale species, such as magnificent gray whales, minke, humpbacks, fin and sperm whales, as well as sharks, dolphins, seals and many species of seabirds. Nature cruises take 45 minutes and head a mile outside the harbor to see sea lions, dolphins and plenty of seabirds.

Visit South Bay Sailing for adult sailing lessons, as well as uniquely created courses, and after-school, spring and summer sailing camps for children. Cruises and private charters also are available, with guests either learning some of the basic sailing principles from one of the certified instructors or kicking back and enjoying a relaxing cruise along the South Bay coastline.

Outdoor enthusiasts will love the area’s beautiful natural surroundings. A local favorite is the 24-acre Dominguez Park, featuring grassy areas with large trees, picnic areas and play equipment for children, a leash-free dog park and two little-league fields. Don’t miss the duo of historic homes at Heritage Court. Relocated to the park from their original locations to save them from demolition, the Queen Anne House has been beautifully restored to its former glory and boasts the city’s Historical Museum, while the Morrell House is an excellent example of Victorian architecture with a charming rose garden and courtyard. The park is open from dawn until dusk every day of the week.

Other nature draws include Hopkins Wilderness Park, an 11-acre park boasting meadows, forests, streams and ponds. Created in the late 1970s as a center for conservation, nature study and camping, the park features several hiking and mountain trails winding through various ecological habitats; picnic areas and an amphitheater; play structures and sandboxes, camping and a Visitor Center offering nature-related classes. Hopkins Wilderness Park is open daily, and admission is free.

Redondo County Beach is a 1.5-mile-long stretch of sand along the city’s waterfront that begins at the Redondo Beach Pier near Veterans Park and continues south. Known as “L.A.’s Ocean Adventure Capitol,” this popular attraction offers volleyball courts, surfing, swimming, fishing, and walking and mountain biking along the Marvin Braude Coastal Bike Trail. There’s also picnic areas, a grassy park and children’s play area. Torrance Beach also is nearby. The southernmost of the big beaches on Santa Monica Bay—extending from the Malibu area to the Palos Verdes Peninsula—its local nickname is “RAT Beach,” which stands for various things like Right At Torrance, Right After Torrance, and Redondo And Torrence.

Have fun while getting educated

Established by the Los Angeles Conservation Corps, the interactive, coastal science-education center SEA Lab educates visitors about marine life and the importance of ocean conservation. Run by college students and volunteers, SEA Lab offers a program of activities including beach explorations, touch tank tours and interactive classroom programs for children of all ages, as well as summer camp programs, community service projects such as beach clean-ups and a Traveling Tide Pool exhibit.

Head to the Riviera Village

Touted as the “South Bay’s Best-Kept Secret,” the famed Riviera Village offers more than 300 one-of-a-kind boutiques, restaurants, galleries, salons and services. Among the special events is the free Riviera Village Summer Festival June 29 and 30, with 300-plus exhibitors, high-end arts and craft booths, beer and wine garden with live entertainment, an international food court and carnival rides for the kids; First Fridays every first Friday of the month from 5-8 p.m., complete with live music, food samplings, gallery viewing, promotional offers and more; and the Farmers Market Sundays from 9 a.m.-2 p.m.

There are any number of fabulous restaurants to try while in Redondo Beach. Just some of the favorites: Captain Kidd’s Fish Market & Restaurant offering fresh local and international fish, as well as cooked-to-order lobster and other ocean-fresh seafood such as mussels, clams, crab and prawns against a backdrop of beautiful views over King Harbor; Dominique’s Kitchen for French-Italian cuisine and a curated selection of fine wines; Blue Salt Fish Grill serving up a variety of fresh fish, grilled seafood platters, fresh salads and fish tacos; and Eat at Joe’s for enormous burgers, hot dogs and specials such as the Mad Dog made up of yesterday’s leftovers.

Dive N’ Surf is Redondo Beach’s go-to spot for scuba-diving, snorkeling, and surfing equipment sales and rentals, training services, boat charters, and air and rental services. Founded in 1953, this place has been outfitting and supplying divers and surfers in the South Bay providing a variety of wetsuits, dry suits, hoodies, booties, diving fins, BCD’s and tanks, along with surfboards and surf accessories such as rash vests, bags, board bags and leashes. Dive N’ Surf is a five-star PADI Instructor Development center and provides a range of scuba diving courses from Open Water to Advanced and Instructor levels with a team of highly-trained and experienced staff on hand.

What fun things are you going to do this summer in Redondo Beach?

Selling a home in and of itself can be stressful. I found myself selling my home, relocating to another state, starting a new job, and entering into divorce all at once. If it...
Joanna Hanham
We were fortunate to have worked with Igor Nastaskin during the recent sale of our home in the Hollywood Riviera. In fact, we decided Igor would be the perfect next door neigh...
Erin O'Brien & Chris Withers
It is my absolute joy to write this letter on behalf of our real estate agent, Igor Nastaskin. From the day we met him, Igor made us feel as if we were his only clients - goin...
Leah Lewis