Most Popular Parks in the South Bay 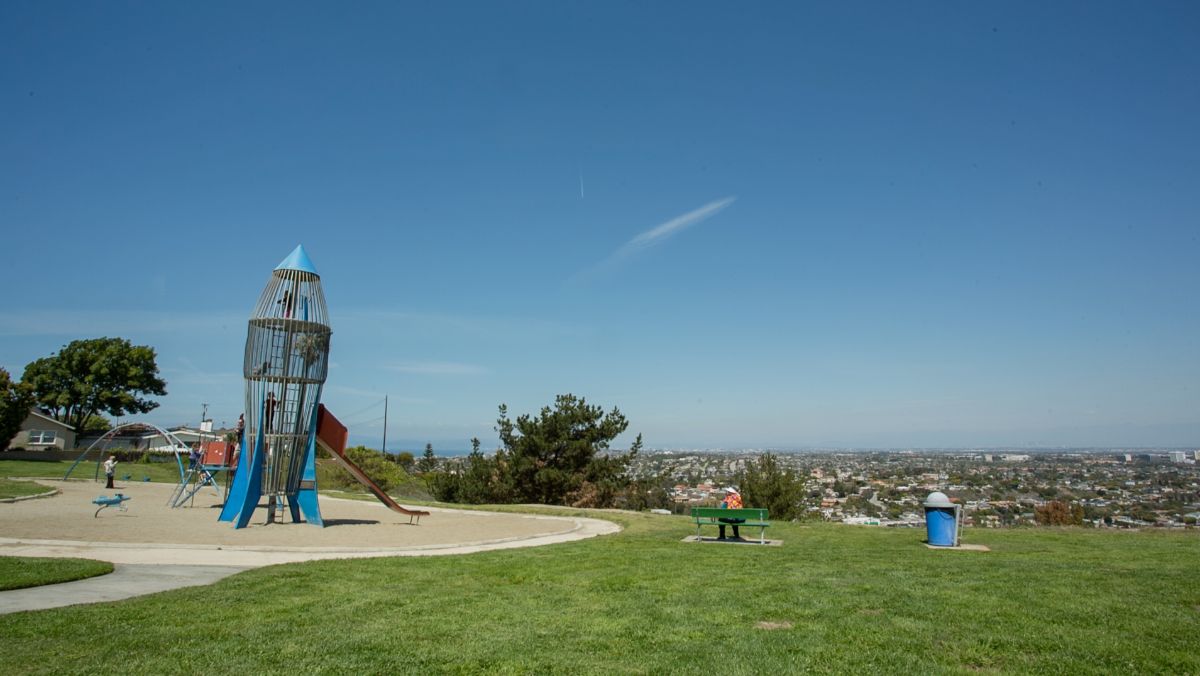 Whether you’re into hiking or exploring with the kids, here are just some of the most popular parks in the South Bay, where you can enjoy in every summertime activity imaginable.

This recreational area is known as the home of California’s first universally-accessible tree house in a public space—The Annenberg Tree House, an impressive 2,500-square-foot wooden structure that allows children and adults of all ages and physical abilities to be their most adventurous selves. But there also are lots of other amenities at this park, found at 2200 Crenshaw Blvd. in Torrance, including a fitness course, tennis courts, softball diamonds, picnic areas, sand volleyball courts and children’s play equipment. There’s even a 3,000-square-foot Splash Pad water playground that is fed by a computerized system controlled by the users, open from 10 a.m.-dusk from April-October. The park is open daily from 6 a.m.-10 p.m.

Located at 126 Vista del Parque in Redondo Beach, this 4.78-acre park known as “the retreat” was acquired in parcels from 1945 to 1950 and formerly used as a tree nursery. It features two recreation buildings: the recreation room, which can house up to 100 people for camps and city programs, and the community building (with kitchen), which can accommodate up to 100 for parties and meetings. The park also has two lighted tennis courts, children’s play equipment, a rotunda, picnic area with barbecues, small softball field, basketball court, and two parking lots with a total of 60 parking spaces. An added bonus? The El Retiro Branch Library can be found adjacent to the park. The park is open daily from 6 a.m.-10 p.m.

Developed in 1977 as a center for camping, nature study and conservation, this 11-acre park is located at 1102 Camino Real has abundant nature and is a great place for families to camp on the weekends. Among the highlights: a garden featuring drought-tolerant plants to educate the community about native plants and California friendly demonstration gardens, along with numerous hiking trails offering several different views of the surrounding areas. This is a great place to explore with kids. Just be sure to bring quarters to buy food to feed the turtles and fish. The park is open from 10 a.m.-4:30 p.m. (except Wednesdays, New Year’s Day, Thanksgiving Day and Christmas Day). No entrance fee is required.

Affectionately known among locals as “Rocketship Park,” the Los Arboles Park is found on 6.3 acres in Torrance at 5101 Calle de Ricardo, adjacent to Riviera Elementary School. The name of the park, Los Arboles, means “the trees” and was chosen in 1956 by local school children after the land was donated by developer H. Kessel. Groundbreaking took place March 26, 1960, with the park completed in January 1964. Among the park’s amenities is play equipment, a swing set, and of course, the four-level metal rocket, complete with a slide. Possibly the best feature of this park? The panoramic view of the L.A. basin, spanning as far as the Santa Monica Bay to the Getty Center, the Hollywood sign and Griffith Park Observatory. Open daily from 6 a.m.-10 p.m.

Situated on 1.6 acres, this park is at 201 Paseo de la Playa and Calle Miramar in South Torrance. It’s aptly named “sea view,” with a locale overlooking Torrance Beach, along with many benches offering a view of the beach and ocean. The park also boasts a statue of a dolphin (which makes for a great Instagram moment), as well a plaque that was donated by the Torrance Historical Society designating it as the historic site of the Hollywood Riviera Beach Club, which existed from 1931-1958. There’s also a “Fido Fountain” (drinking fountain designed especially for dogs) and a frog statue donated in 2009 by former mayor Dan Walker. Various art groups regularly hold art shows and sales at the park. Open from 6 a.m.-10 p.m. daily.

This 6.3-acre park at 309 Esplanade in Redondo Beach not only offers some pretty stellar ocean views, but you’ll also find a children’s play structure, lots of grass and trees, and a memorial to Redondo Beach’s veterans. Be sure to bring a kite to take advantage of great kite-flying conditions here. In addition, each Thursday, from 8 a.m.-1 p.m., Veterans Park hosts the Redondo Beach Certified Farmers’ Market, complete with a vast selection of fruits and vegetables, fresh flowers, baked goods, prepared foods, fish and more. A centerpiece of the park is the Veterans Park Community Center, an 11,400-square-foot historic building (formerly Redondo Beach Main Library) constructed in 1930 and listed on the National Register of Historic Places. The center contains an office, grand ballroom/banquet room, mezzanine, meeting rooms, fully equipped catering kitchen, bridal room, restrooms, elevator and storage. The building is leased to Spectrum Catering for weddings, banquets, meetings and special events. The park is open Monday-Sunday from 6 a.m.-9 p.m.

Previous ArticleThe Story Behind Betty’s Bench, a Lower-Riviera LandmarkNext ArticleShop ’Til You Drop in Redondo Beach

Dear Igor, Where do we begin? It has been an absolute pleasure to have you as our real estate agent.  Although it has been almost two months since we moved into our new h...
The Nelson Family
Hi Igor, As you well know selling a house can be a daunting experience. Ruth and I feel so incredibly fortunate to have had you there to guide and protect us through this s...
Ruth and Don Brandt
Dear Igor, Now that a little time has passed since the sale of our house, I wanted to drop a line to say thank you for your hard work and professionalism. It has been exactl...
Ali Ashrafzadeh, MD