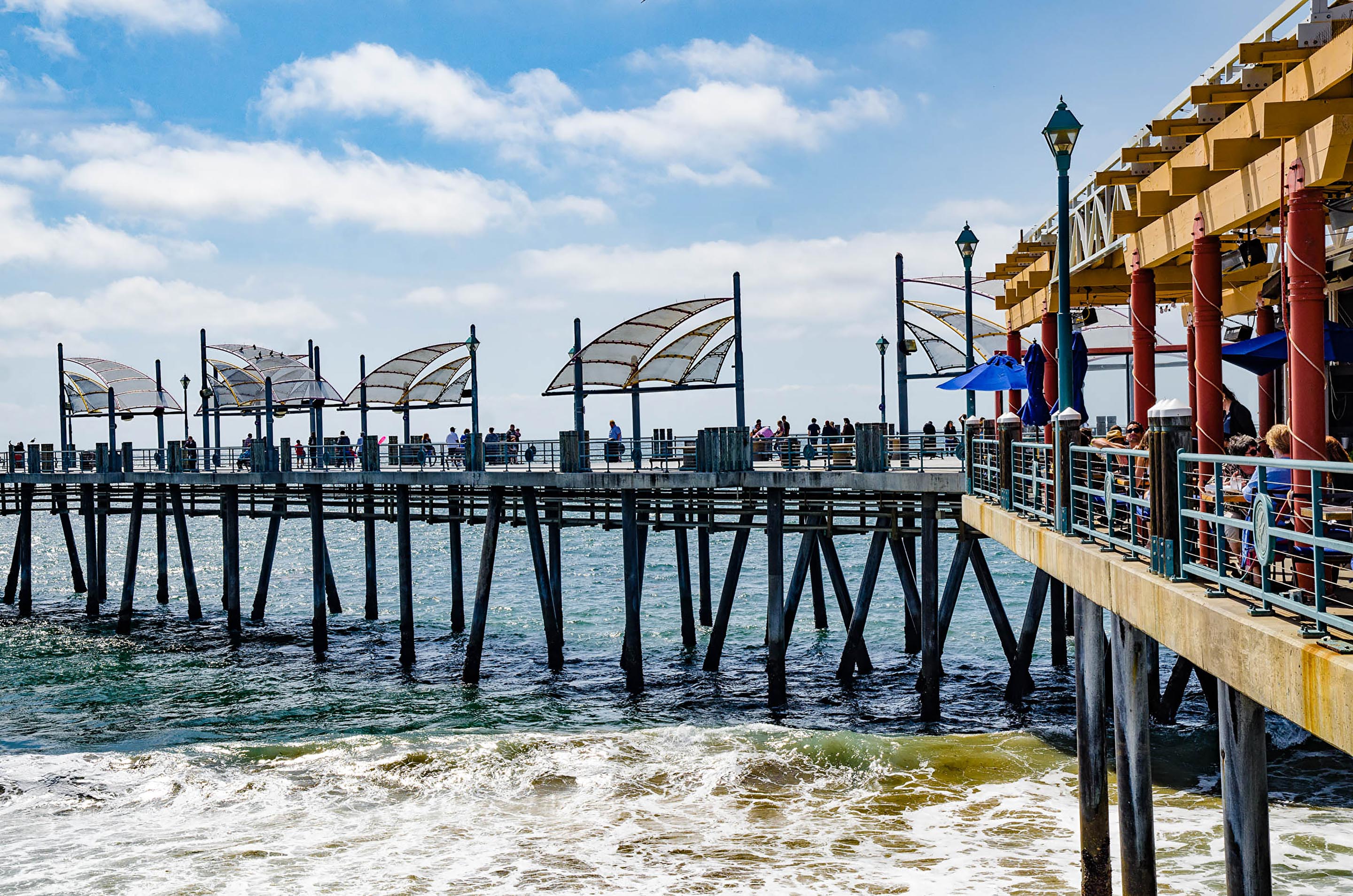 Oahu native George Freeth (1883-1919) introduced surfing to the modern world in Redondo Beach in 1907. While vacationing in Hawaii, industrialist Henry Huntington spotted Freeth surfing and persuaded him to come to Redondo Beach to give daily exhibitions of “the man who walked on water.” Freeth would mount his 8-foot long, solid wood, 200-pound surfboard and wait for a suitable wave, catch it and ride onto Redondo Beach while standing upright.

The notorious drink called the “Fire Chief” can only be found at Tony’s On the Pier at the Redondo Beach Pier. Served in a souvenir glass, the powerful concoction—a special Mai Tai with a kick made from light and special dark rum, fruit juices, a splash of grenadine and a floater of 151 Rum—got its name because the bartender used to light the drink before serving it to customers. The Redondo Beach Fire Department ended the practice years ago.

The surf spot in Redondo Beach known as “Burnout” is said to have gotten its name from a raging fire that consumed the Hollywood Riviera Beach Club at 3:30 a.m. on Sept. 25, 1958. The fire gutted the entire resort and its ruins were bulldozed into the sea.

The Redondo Beach Pier is the site of the Whaling Wall, a life-sized mural depicting the California gray whale migration painted by Laguna Beach artist Wyland in 1991. In 2011, Wyland updated the mural in honor of the 20th Anniversary. The Whaling Wall can be seen on the AES Power Generating Plant, at Harbor Drive between Herondo Avenue and Beryl Street.

The largest indoor display of dinosaurs on the West Coast resides at Redondo Beach’s Wonder of Dinosaurs at South Bay Galleria. There, two floors of displays boast scientific information and fun facts on each dinosaur (more than 100 of them, both static and robotic), along with a dinosaur-themed activity center featuring an 18-hole mini-golf course, mazes and kiddie rides.

Author Cameron Crowe gathered research at a public school in Redondo Beach for the basis of his novel, Fast Times at Ridgemont High. Crowe originally graduated from high school in 1972, but he went back for a year as Dave Cameron, a quiet and unassuming senior at a Redondo Beach high school.

Almost all of the scenes set on the Pier in the TV show The O.C. were filmed at the Redondo Beach Pier, at the west end of Torrance Boulevard. The cast filmed all over the Redondo Pier, from the Bait Shop nightclub in its northeast corner to the familiar Pier Diner at its southwest corner, and everywhere in-between.

Parts of the movie Point Break starring Keanu Reeves and Patrick Swayze were filmed in Redondo Beach. Among them: the gas station fire/explosion scene took place at the intersection of Beryl and Catalina, and the foot chase past the famous Dive N’ Surf shop.

Redondo Beach is mentioned in the song Surfin’ USA by The Beach Boys.

Chuck Norris was born in Redondo Beach and opened a Martial Arts studio in the city before he began a career in acting.[/vc_column_text][/vc_column][/vc_row]

On behalf of all our family, I want to take this opportunity to thank Igor for the amazing job he did of selling our family home in the Hollywood Riviera. Our parents were the...
David Lewison
Igor, I'm looking forward to seeing you this final trip, looking you in the eye and shaking your hand while thanking you for your superior guidance and professionalism thro...
Bill Babcock
This October I sold my home in the Hollywood Rivera after living there with my husband and children for almost 50 years. Needless to say it was difficult to leave such a beaut...
Genny Burchfield