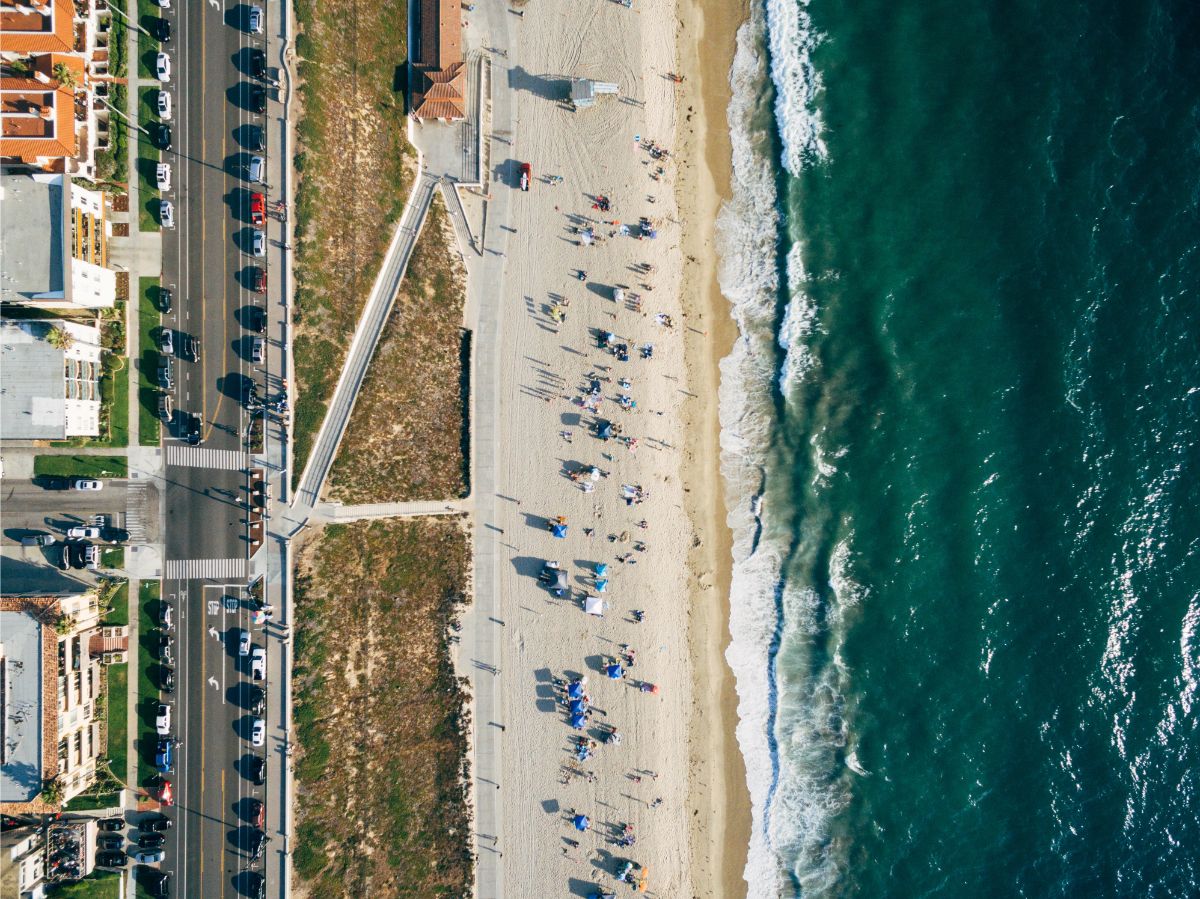 Summer is here, and that means just one thing: It’s time to hit the one of the many popular beaches along the Hollywood Riviera shoreline! Whether you’re into carving a wave or simply sunbathing on the sand, here are some beaches where you can enjoy all that summer has to offer!

This beach extends 1.5 miles south from the pier and connects with Torrance City Beach. It not only attracts those seeking to enjoy sunbathing, boogie boarding, and some of the best surfing around for both beginners and experts alike (in fact, plaques near the pier stake its claim as the birthplace of the sport in California), but also all of the nearby waterfront attractions. There’s the Redondo Beach Pier, open 24 hours a day with a variety of shops, restaurants, bars with live music and a roster of fun events, as well as the International Boardwalk, which leads from the northern terminus of the pier around Redondo Beach Marina and offers shops and venues. King Harbor is subdivided into four marinas: King Harbor Marina, Port Royal Marina, Portofino Hotel & Marina, and Redondo Beach Marina (where you can take a romantic Gondola Amore cruise through the harbor; take a ride on the 70-foot Ocean Racer speedboat; and check out a glass bottom boat). Along the shore of King Harbor, near the Sportfishing Pier, the popular Seaside Lagoon is a protected saltwater lagoon for swimming, sunbathing and volleyball. Children’s play equipment is available there, along with a snack bar and a grassy area. Visitors to Redondo Beach Pier, King Harbor and the beach area have a choice of parking lots. The most convenient are the two pier and plaza parking structures. Several other nearby city parking lots are available, along with some street parking. Paying at an automatic Pay Station? Use your credit card and submit your cell phone number. When time is about to expire, you’ll receive a text alert and can extend your time by replying to the text.

Situated between Avenue A and Miramar Park, this stretch of white sandy beach has plentiful volleyball courts. Yet other activities popular here include surfing, biking, skating, walking, running, swimming, windsurfing and beach walking. At the rear of the beach is the paved Marvin Braude Bike Path, which starts at Torrance and continues all the way to Santa Monica. Parking for South Redondo Beach can be found along Esplanade and on the lettered side streets of Avenue A through I. Concrete ramps and stairs lead down the bluff from the sidewalk on Esplanade to the beach. Nearby is the best kept secret in South Redondo-Riviera Village, with many shops and restaurants.

This beach is a southern continuation of Redondo Beach, extending 1.5 miles before reaching Malaga Cove at the base of the Palos Verdes Peninsula. It’s simply a nice place to spend the day, whether its surfing, sunbathing, playing in the waves or strolling along the shore. Hint: The best waves are usually found at the southern end where the beach break usually goes right. A storm drain empties into the ocean at Torrance Beach, creating a sandbar that produces great waves. The location is known as Burn Out, picking up its name from the Hollywood Riviera Beach Club building that burned there in 1959. Waves are best when there is an offshore wind from the east. The Surfside Grill concession stand is located right on the beach at the southern end of the bike trail and close to the Lifeguard Headquarters. Wooden tables are set around the small family-run restaurant, which serves up hot dogs, cheeseburgers, fries, corn dogs, grilled cheese sandwiches and breakfast burritos. The grill is open daily during the summer from 10 a.m.-5 p.m. Parking lots are on a bluff overlooking the beach along Paseo de la Playa, with numerous ramps leading down the bluff to the beach.

This 1.6-acre park found next to the Torrance Beach parking lots offers restrooms on the beach, a scenic view of the ocean, paths and grass. A Fido Fountain, a low water fountain designed especially for dogs, is located in the middle of the park, along with a drinking fountain for people. There is a metered parking lot and parking available along the street. Hours are 6 a.m.-10 p.m.

The beach immediately south of Torrance Beach is known as RAT Beach (Right After Torrance). Although here is no direct access to the beach, most visitors walk along the sand from Torrance Beach. Kelp tends to gather in the cove at RAT Beach, often washing up on the shore, which makes the area popular with divers and spear fishers who find an abundance of marine life in the kelp forest. The beach also is favored by intermediate and advanced kite- and wind-surfers.

I have searched for the exact words that I could use to describe just how much Stephanie and I have come to appreciate you, more than a real estate agent. They are too numerou...
Steve Hamlet
Igor Nastaskin – a real Pro Igor handled our listing recently. The very first thing I noticed was his vast knowledge about residential sales in the Hollywood Riviera. He...
Jim and Eloisa Fox
Dear Igor, I just wanted to send you a thank you note for the great house that you found for me in Torrance. Your work was exceptional; you were very helpful, respons...
Matt Beheshti